Drive-In and Dine Out!

AT PAR 3 AT POPLAR CREEK

ENJOY AN EVENING OUT FILLED WITH FOOD AND FILM 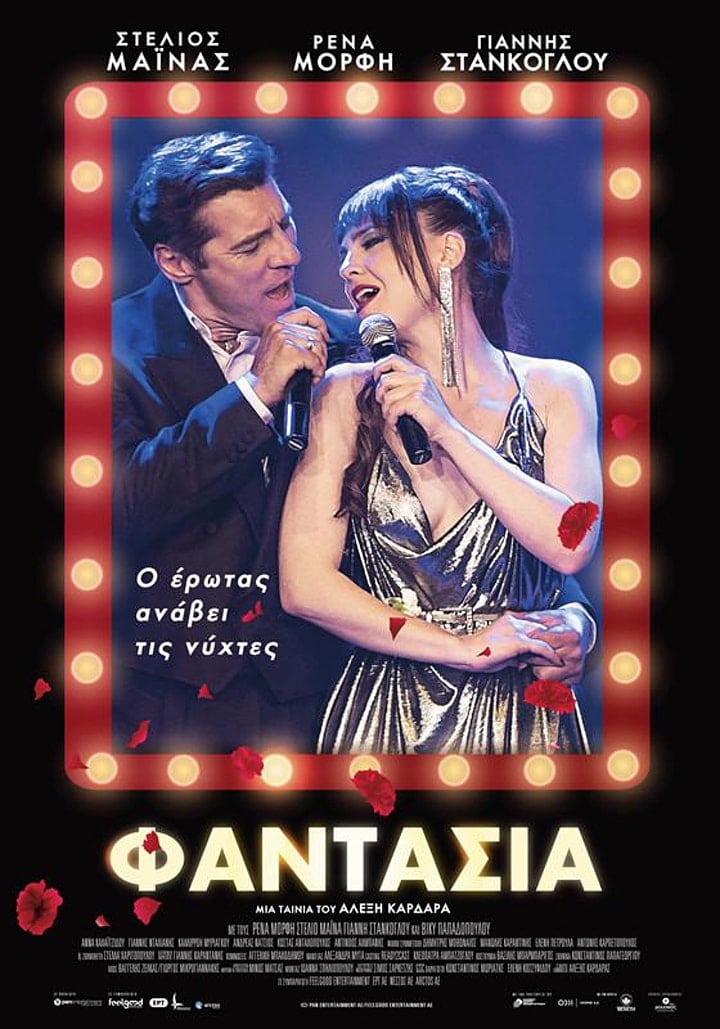 When and where will the drive-in take place?

Sunday, April 18, at Par 3 at Poplar Creek Golf Course in San Mateo. Film starts at 8:30 pm, drive-in lot opens at 7 pm. As you enter the golf course, turn LEFT. The drive-in is located at the east end of the Par 3 parking lot.

What is the movie?

Greece, October 1993. Greek Socialist party has just won the elections, television is dominated by trashy entertainment shows, and every night you can escape reality, or display your wealth in bouzouki clubs singing pop hits. Fotini, a young talented singer arrives in Athens to work in an old bouzouki club. The lives of the three musicians will change forever… This musical drama brings to the screen the culture of bouzoukia, this unique Greek celebration of the good life. Moreover, it depicts the carefreeness, the abundance, and the euphoria of the Athenian nights of the early 90s as also draws its inspiration from the Greek urban-folk music scene. It’s a homage to Greece’s urban-folk music tradition and a farewell to the old school of folk songwriting. Fantasia is written and directed by Alexis Kardaras, and stars Stelios Mainas, Rena Morfi, and Yannis Stankoglou.

Can I bring my dog?

No dogs or animals are permitted, unless it is a certified service dog.

What is the cost? Do I need to pre buy?

$40 per vehicle. Fit as many people as your vehicle legally allows. There are 40 vehicle spots available and you are strongly encouraged to pre-purchase your ticket. Tickets will only be sold at the door if there are spots remaining.

Will food and drinks be available for purchase? Can I bring my own?

If you are interested in dining in your car you will need to walk to the restaurant and order food to go. We apologize that there is no online ordering at this time. Indoor or outdoor patio dining at Par 3 before the movie requires a reservations. Please Call (650) 522-7525 to book your reservation.

Do we need to follow county health orders during the drive-in?

YES. Par 3 has created a safe sanitized and secure environment so everyone can feel comfortable to enjoy delicious, craft cocktails and a movie. Per the San Mateo County Health Order, everyone must wear a mask outside their vehicle at all times unless you are eating or drinking.

What else do I need to know?

• Your vehicle must fit in one parking spot. You will have a reserved spot.
• Headlights must be turned off while parked. You will tune into an FM radio station for the movie sound.
• Large, tall vehicles will be assigned to the back row of the parking lot.
• No sitting on your roof.
• No sitting in empty car spots. If you are outside of your vehicle, please stay within your paid parking spot.
• Public bathrooms available. While visiting public bathrooms, face masks are mandatory.
• No refunds. If you cannot make it, please share with a friend.

Please help us by following these rules and have fun!