THIS IS WHO WE ARE

THE FIRST AND LONGEST-RUNNING GREEK FILM FESTIVAL IN THE USA

The San Francisco Greek Film Festival (SFGFF) is dedicated to recognizing, supporting, and promoting the best film work by Greek and Cypriot filmmakers from around the world. With screenings of new, innovative, and highly acclaimed films and different events around the annual film Festival week, the SFGFF seeks to inspire, engage, and entertain its diverse audience. Throughout its history, the Festival has also featured screenings of classic films. Through the powerful medium of film, the Festival sustains, elevates and promotes Greek culture, history and language in the San Francisco Bay Area and beyond. The SFGFF has showcased some of the most highly regarded Greek/Cypriot films produced. Since its founding, the film festival has showcased hundreds of movies, hosted numerous filmmakers as guests, and inspired, engaged and entertained thousands of attendees from San Francisco and throughout the Bay Area.

The SFGFF is funded through sponsorships by individuals and businesses, grants and ticket sales. Entirely run by volunteers, the Festival staff works throughout the year to plan the event, supported by an Advisory Board of experienced and respected community and industry leaders. Proceeds of the film Festival benefit the Modern Greek Studies Foundation, a San Francisco nonprofit which is committed to enriching knowledge and appreciation of Greece’s linguistic, literary, cultural and historic contribution to the Western World.

THESE ARE THE PEOPLE WHO MAKE THINGS HAPPEN!

THE EXPERTS WHO GUIDE US 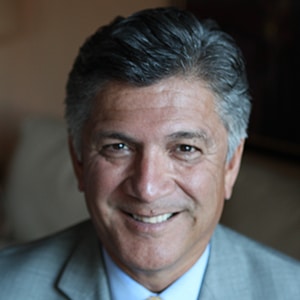 Mario P. Diaz retired in 2019 as the Vice President of Community Relations at the Wells Fargo Foundation. He is a second-generation Californian of Mexican descent. A graduate from the University of California at Berkeley with a Bachelor’s degree in Spanish/Portuguese literature, the Bay Area has been his home since 1976.

Since the fall of 1989, Mario held several positions within the Wells Fargo Foundation. He managed the contributions program for the Bay Area community-banking region from 1996 through March 2002. This territory was comprised of Marin, San Francisco, San Mateo, Santa Clara, Contra Costa and Alameda counties. Funding priorities are focused on low-to-moderate-income individuals in the areas of Pre-Kindergarten through 12th grade education, community and economic development and human services. In, 2003, he lead volunteer activities for the Los Angeles Metro and Orange County Regions. As of October 2003, Mario returned to the Bay Area to manage the contributions programs for the Greater San Francisco Region.

Mario has served on the Community Advisory Board for UCSF AIDS Health Project and the International Latino Film Festival of the Bay Area, and on the boards of Arriba Juntos, Northern California Grantmakers, Project Open Hand, Latino Community Foundation, the National AIDS Memorial Grove and the Mexican Museum, all in San Francisco and a member of the Mexican American Veterans Memorial Commission. At present he is Board President of the Bay Area Gardeners Foundation. He also is on the Advisory Boards for Mission Language and Vocational School’s the Latino Culinary Academy, Richmond/Ermet AIDS Foundation and San Francisco Silent Film Festival and the San Francisco Greek Film Festival. Mario has been honored by ARIS Project of San Jose with its’ Norm Robinson Community Service Award, Mission Language and Vocational School with its’ Community Development Award, Jon Sims Center for the Arts with its’ Community Collaboration Award and was recognized by the Association of Fundraising Professionals Golden Gate Chapter in 2013 as Outstanding Foundation Professional.

His life goal is to volunteer with non-profits and projects that focus and benefit the Latino, the Lesbian Gay Bi-Sexual Transgender communities, environmental and animal-friendly causes. 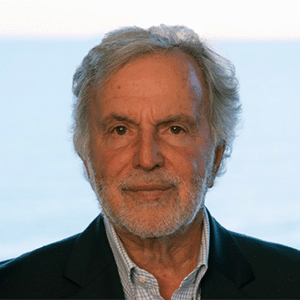 Following a distinguished career as an executive at major studios including Sony Pictures, Lucasfilm, Warner Bros. and Paramount, Sid Ganis is now the co-founder of Out of the Blue Entertainment with his wife Nancy Hult Ganis.

Over the past several years, Mr. Ganis has been working extensively with the Chinese government on various film projects. He is also a involved with leading U.S. entertainment technology companies Dolby Laboratories and The Void, a startup virtual reality company focusing on true immersive experiences involving top entertainment tech.

As a producer, Mr. Ganis found box office success with “Big Daddy,” “Deuce Bigalow,” “Mr. Deeds” and the critically acclaimed “Akeelah and the Bee,” which he co-produced with Ms. Hult Ganis. He was the Co-Executive Producer of the 2012 ABC series “Pan Am” on which Hult Ganis was the creator and Executive Producer. Recent projects include the highly acclaimed music documentary “BANG! The Bert Berns Story” and an award-winning short film titled “A Children’s Song,” focusing on China’s acceptance of emigrating Jews from Europe during WWII, one of the few countries on Earth to do so. The Ganises will develop and produce a feature-length version of the film backed by The H Collective. Coming out later this year is the supernatural thriller “Isabelle,” starring Adam Brody and Amanda Crew.

Mr. Ganis served four consecutive, year-long terms as the President of the Academy of Motion Picture Arts and Sciences. He currently serves on the board of The Void. He has also served 10 years on the Board of Directors of Marvel Entertainment until its sale to Disney in 2009, as well as the boards of FIND (Film Independent), SFFILM and the Berkeley Art Museum/Pacific Film Archive at the University of California. 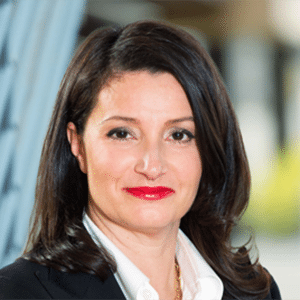 Prior to Participant, she served as the first-ever chief marketing officer at the Academy of Motion Picture Arts and Sciences (AMPAS). At the Academy, she oversaw all marketing, communications and digital media for the organization’s global initiatives including the Oscars, Academy Museum, and a year-round slate of programming and educational outreach. Kounelias also spearheaded a significant rebranding effort. Under her leadership, the organization grew its social media presence to over 9.2 million followers and dramatically transformed its online user experience.

Kounelias serves on the board of directors of Camp del Corazon, a nonprofit summer camp for children with heart disease, and is a member of AMPAS. 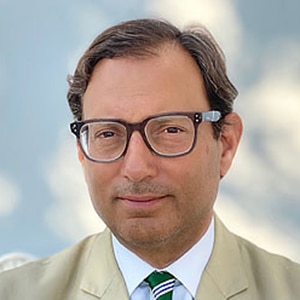 Peter Poulos is currently serving at the Executive Director of The Hellenic Initiative and partner in the gourmet Greek food company Navarino Icons. A native New Yorker he spent 18 years of his life living and working in San Francisco. Before arriving in San Francisco, Mr. Poulos received his B.A. from George Washington University’s Elliott School of International Affairs and worked for both the Kerrey for Senate and Simon for Senate campaigns.

Mr. Poulos arrived in San Francisco in 1989. He worked as a political fundraiser for Kevin F. Shelley, former supervisor and secretary of state, and the late lieutenant governor, Leo T. McCarthy. He is most proud of his volunteer political fundraising work for former Mayor Art Agnos.

In 1993, Mr. Poulos opened Poulos Brothers, a fundraising and event-planning firm. Over the span of 14 years, Poulos Brothers worked with over 100 national and local nonprofit organizations and political candidates. He raised millions of dollars for the fight against HIV/AIDS as well as breast cancer research, civil rights, homelessness, and the environment.

Since 2007 Mr. Poulos has been living and working in Athens, Greece, with his partner Mark and their dog Stavros. 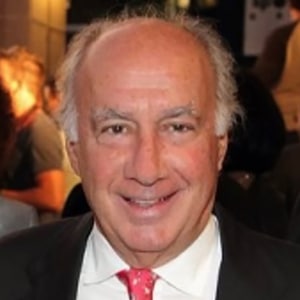 Tom Skouras currently serves as the Chairman of Random Media and is a voting member of the Executive Branch of the Academy of Motion Picture Arts and Sciences. From 1983-1995, Mr. Skouras was founder and president of Skouras Pictures, Inc., an independent film distribution company responsible for releasing more than 200 independent films in the United States and international markets. Skouras Pictures garnered many awards and prizes, including Academy Award nominations, awards from Golden Globe, Sundance, New York Film Critics, Los Angeles Film Critics, and numerous mentions on annual top 10 film lists.

Mr. Skouras is the third generation of his family to be involved in the motion picture business; at various times members of his family have owned or controlled United Artists Theater Circuit, Skouras Theaters, Fox Westcoast Theaters, and Twentieth Century Fox Film Corporation. He is the nephew of Spyros P. Skouras, famed movie industry giant, international cultural ambassador, and humanitarian. Tom Skouras is the creator and sponsor of the Spyros P. Skouras Lifetime Achievement Award to honor outstanding film industry professionals of Greek descent. 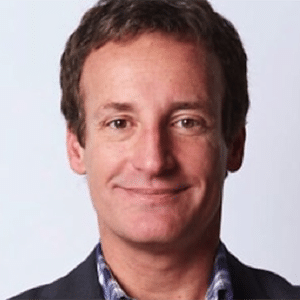 Todd Traina is a Partner/Producer at Route One. Mr. Traina has been producing films since he moved to Los Angeles in the ’90′s. He just wrapped his most recent film “I Hate Kids,” starring Tom Everett Scott, Tituss Burgess and Marisa Tomei (which Traina created and co-wrote.). Mr Traina also is producing the TV/Digital series “Dope State” starring Gabriel Sunday.

Many of Mr Traina’s films have played or garnered awards at top film festivals including Sundance, Berlin, Cannes, Toronto and SXSW. In 2007, Traina was named a “Top Ten Producer to Watch” by Daily Variety.

In addition to film production, Mr. Traina is an entrepreneur, invests in and advises for various media-focused tech start-ups and develops real estate. He serves on several boards including SFFILM, where he has served as VP for many years and is a member of the Board of the International Tennis Hall of Fame as well as Vision of Hope, which serves and funds eight California inner city schools. Mr. Traina is a graduate of Connecticut College and was born and raised in San Francisco where he lives with his wife Katie and daughter Daisy.